The Universal Product Code (UPC) (the Barcode we are familiar with today) first appeared just 39 years ago in 1974 but can today be found gracing all manner of objects in our day to day lives. Whilst it is not surprising to find row upon row of barcodes on the supermarket shelves, these functional objects are being beautified and brought to new heights in a number of fascinating and creative ways; 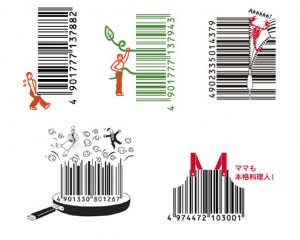 These are just some of the examples of how the everyday barcode has been brought to a more aesthetically pleasing level, both for practical purposes and through incorporation in artwork and architecture. It’s amazing what can be done with the aesthetics of such a functional object!